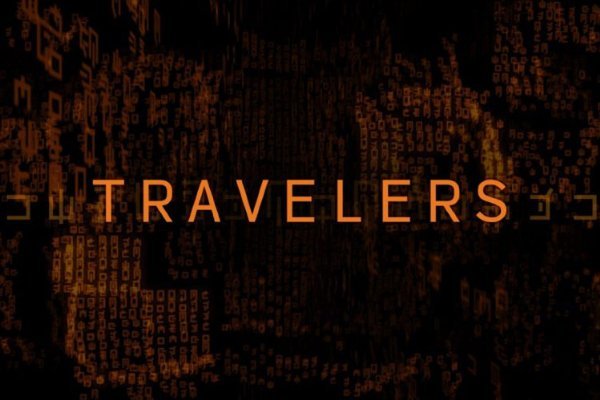 Call it the nature of the binge.

Eric McCormack and Brad Wright, the star and creator of the Canadian sci-fi series Travelers, respectively, have both had long careers on Network television that predate the rise of Netflix and other bingeable platforms.

So there is a sense of freedom now that the third season of the show, which began life in Canada on Showcase, will stream exclusively on the juggernaut provider. For one, there are no time restrictions on episodes as there are on network TV. Writers can also be a little more risque in terms of language and sex. But perhaps the biggest change is that the powers-that-be from Netflix want episode endings that are directly geared towards the binge-watching enthusiast. In fact, it was the one note that executives gave.

“We’re used to the idea of somebody at the network going: ‘We’ve got to wrap it up. . . Every episode needs a little ending. We have to have an ending!’” says McCormack, in an interview at the Banff World Media Festival “(Netflix) was the opposite. They said ‘Make sure, whatever you end on, it’s going to force the person to watch the next one.’ The endings are always so interesting and weird. Sometimes it’s literally a cliffhanger. Sometimes its the introduction of a whole new character or idea in the last scene.”

Which may add another level of complexity in the writing room of this quirky time-traveling series. But whatever happens in Season 3, which wraps at the beginning on July and will start streaming worldwide in late 2018, it will be building on the show’s stellar track record of attracting viewers who binge.

n December, Netflix released a list of its most binge-watched programs of 2017. For shows that users watched more than two hours a day, Travelers ranked seventh. That placed it ahead of the creepy true-crime series The Keepers and supernatural mystery The OA.

Not bad for a proudly Canadian, Vancouver-shot series with a decidedly trippy, high-concept premise. Wright, who joined McCormack in Banff this year, said it was no sure thing that Season 3 would even happen. Showcase had bowed out, which could have killed the series outright. Luckily, Netflix, where Travelers has streamed internationally from the beginning, stepped in to become Season 3’s exclusive home. Perhaps it was because Netflix so intimately understands that whole binge philosophy. But it would have seemed cruel to devoted fans if the plug was pulled after the second season’s cliff-hanging finale.

For the uninitiated, the Travelers are a group of operatives from the future who travel back to our time and inhabit the bodies of those who about to die. With their new identities and under the command of a mysterious ‘Director’, the team attempts to prevent certain events that will lead to mankind’s demise at some point in the future.

In the Season 2 finale, the Travelers — led by McCormack’s Grant MacLaren, who assumed the life of an FBI agent in the first episode — are forced to commit a serious breach of protocol thanks to the equally mysterious antagonist, Vincent. He orders the group to reveal themselves to the world or put the lives of their loved ones in peril. It’s a lot more complicated than that, of course. But the bottom line is that the team will have a lot of cleaning up to do when Travelers returns.

“We’ve got some secrets we’ve got to contain, before the whole world finds out,” McCormack says. “That’s the journey of the first few episodes, trying to get back to some kind of normalcy. Our normalcy is that we’re here, we wait for our missions, the Director tells us everything and we trust the Director. The one overall thing I would say about Season 3, is that we start to question where our orders come from. Who is giving them to us. Have we been on the right path all along? That creates, particularly in my character, a lot of strife. He’s referred to as a boy scout. He is a true believer and it’s hard (for him) to question.”

McCormack, who also produces the show and directed both the Season 2 finale and Season 3 premiere, will start filming Season 10 of his beloved sitcom Will & Grace four days after Travelers wraps. The Toronto native, who divides his time between Vancouver and L.A., announced the third season of Travelers in March with a tweet that highlighted the pure Canadian DNA of its cast and crew. On Tuesday, the series took home two awards at the Rockie Awards Program Competition in Banff. One was for best sci-fi, fantasy and action series while the other was the Rogers Prize for Excellence in Canadian Content.

“I had read the script, which I loved but I wanted to hear more,” McCormack says. “I said (to Wright): ‘Now, you are going to have to search far and wide for these other four travelers, because these are intense roles.’ He said ‘Nope, I found them all in Vancouver.’ And he did. They are amazing.”