The premiere date for UNUSUALLY THICKE was announced to the press today. UNUSUALLY THICKE hits airwaves April 16 at 10:00pm ET/PT on Slice in Canada and TVGN in the US. We couldn’t be happier with the overwhelmingly positive response from the media.  Here are some of our favourite clips:

Variety
“The show is said to be more “Modern Family” than “Keeping up with the Kardashians” and will concentrate on Thicke’s relationship with his younger wife, Tanya and his sarcastic teenage son, Carter. ” full article here

TV.YAHOO.COM (Bonus exclusive sneak peek of the show’s premiere episode featuring, “Full House” star Bob Saget)
“If ‘Growing Pains’ and the ‘Kardashians’ had a love child, it would look like ‘Unusually Thicke,'” Thicke told Yahoo TV, adding: “With Justin Bieber and Rob Ford expanding the horizons of Canadian comedy, we go a step further with the reality of our amusing, challenging lives on ‘Unusually Thicke.'” Well, we know he’s got a sense of humor.” full article here

THE WALL STREET JOURNAL
“UNUSUALLY THICKE combines my two favorite things: family… and laughing at my family,” remarked Alan. “This series is my foray into the ‘reality-ish’ television world where viewers will meet the lovable, unpredictable, and often challenging people who live with the real Jason Seaver. We take our relatable real-life stories and blow them up to amuse and amaze, tossing in a handful of celebrity friends along the way. Please come aboard and enjoy the ride!” full article here

THE NEW YORK OBSERVER
“The show is billed as a “reality sitcom” and Thicke has described the show to Canadian press as being a cross between Larry David and the Kardashians… Also, the show’s title is both a play on Thicke’s last name and the girth of his penis, in case you really needed things spelled out for you today.” full article here 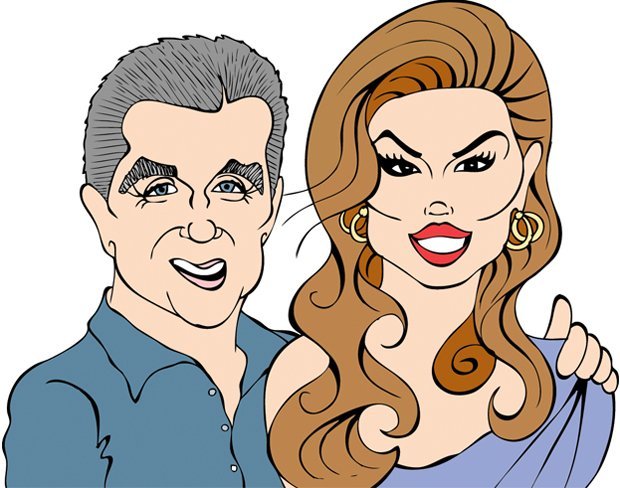