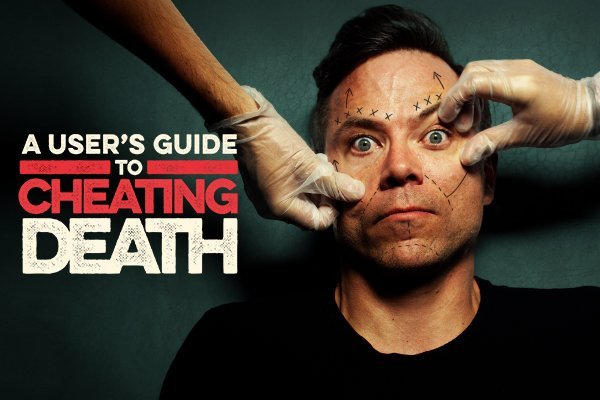 From lunchtime injections to laser fillers, detoxing to holistic medicine, stem cell research and vaginal steaming. How much of it actually works, and is any of it harmful? On Friday, September 28, Netflix will begin North American-wide streaming of Season One of the provocative series, A User’s Guide to Cheating Death, followed by Season Two on Friday, October 19. Produced by Peacock Alley Entertainment, each one-hour episode of the docu-series challenges mass-marketed health trends often fuelled by celebrity pop culture.

Believing that to bust the myth, you must first understand it, Caulfield follows the latest fads and trends to their origins around the world meeting with new users and devotees who swear by the treatments before signing up for the bizarre procedures himself. He risks his health and personal safety to communicate one simple and important idea – staying healthy should not be this complicated!

“We felt there was an appetite for a show like this right now because there is so much noise out there about health that is given a veneer of science. If it is marketed as scientific, I think it is legitimate to critique it using science with an informed, open-minded and fun approach that offers different perspectives,” says Caulfield.

The first season covers everything from the current trend of detoxification cleansing, the strange, fascinating and unregulated world of the anti-aging industry; direct-to-consumer genetic testing; weight loss obsessions, and more. Season Two will delve deeper to examine sex and relationships, body hacking, germs, and spiritual science.

“The anti-aging industry is worth almost $200 billion a year. People want to live forever and look good doing it. We are providing a resource for audiences around the world to help discern fact from fiction that will shine a light on the good advice out there regarding health and anti-aging/look better trends vs the bad,” said Carrie Mudd, Executive Producer, Peacock Alley Entertainment.

Last month, Peacock Alley Entertainment announced a deal with Sky Vision for the distribution rights to Season Two of A User’s Guide to Cheating Death. Season One has been an international hit that premiered first on Vision TV in Canada last fall. Since then, is seen in 67 territories including Australia, New Zealand, Russia, Africa, India, much of Europe and the Far East. It has been picked up by SBS Australia, TV New Zealand, Societe Radio-Canada, Telefonica in Spain, DR in Denmark, BBC Worldwide, UR Sweden, TVB in Hong Kong, S+ in Portugal, Ananey in Israel and AMC in Central Europe.

For more information, access to screeners and assets, and to schedule an interview with Timothy Caulfield, contact: